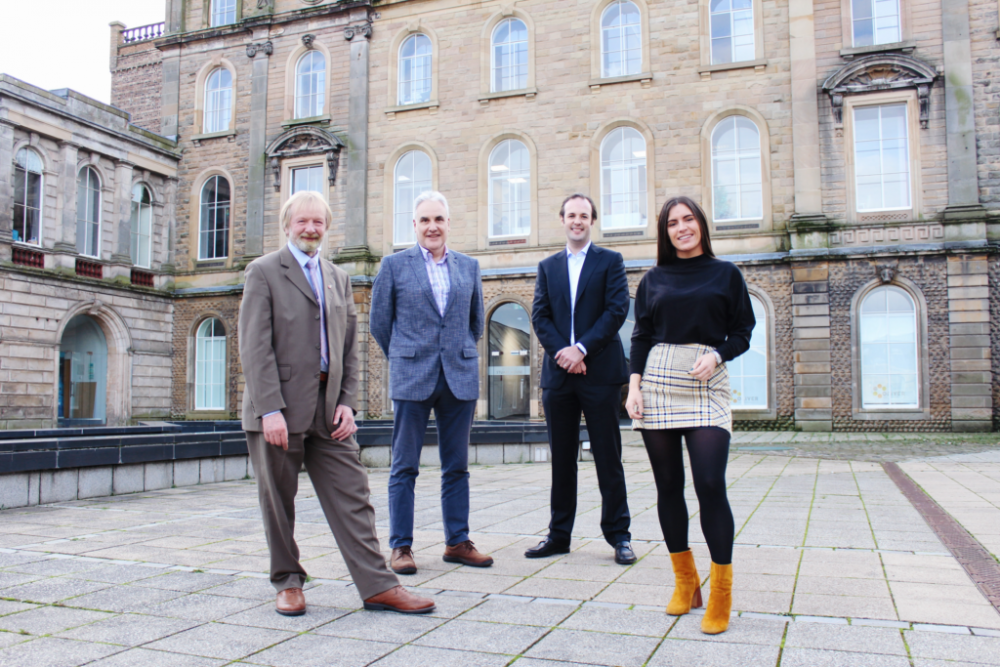 Eskmills, East Lothian’s largest office campus located in Musselburgh, has announced that it has appointed Hugh Rutherford, a former director of Savills, well known in Scottish property and business circles, as its asset manager.

The Musselburgh campus is experiencing a soaring increase in demand, signing 18 new deals, as businesses ramp up for a return to the office. A key part of Musselburgh’s history, the 150-year-old former fishing net factory is home to 50 companies that employ over 500 people.

Oliver Stephen, director of Eskmills said: “We have experienced an increase in demand from businesses. The office campus is very much alive with 22 new deals completed in 18 months.  We have created an ecosystem at Eskmills to help teams of smart people succeed in business by providing the right working environment. Hugh and Nicole will be responsible for developing and driving that strategy and supporting continued success in our business in Edinburgh, East Lothian, Midlothian and the Borders.

“There are many success stories in the Eskmills’ community including Allegro Microsystems, the Nasdaq-listed chip manufacturer, IDI, the online education platform as well as many other businesses that have grown at the campus over the last 20 years.  I am sure that all our partner businesses will benefit from Hugh’s guidance and Nicole’s support as they return to the office. I am glad to welcome them both to the team, as is our concierge Joe, who has been with the business for over 20 years”

Hugh Rutherford, Eskmills asset manager commented: “Since joining the Eskmills team, I have been impressed by the professionalism and friendliness of the staff, themes that are welcomed by occupiers. Growth in demand for work/ life balanced office solutions continues here as employers seek the benefits of a merged workplace and the attractive working environment that is unique in the East Lothian and South Eastern Edinburgh areas.

Hugh held joint responsibility for business in Edinburgh and East Central Scotland at Savills in the national office agency and occupier team. He brings a wealth of experience over his 36-year career with Savills and other city property firms including Montagu Evans, Ryden and Knight Frank.

He has held board and non-executive directorships with EDI, the Edinburgh Chamber of Commerce, Roslin BioCentre and at the former Stevenson College. He chaired the Edinburgh Business Forum for six years on behalf of The City of Edinburgh Council with responsibilities for Edinburgh’s Economic Strategy and identifying the priorities for The Edinburgh and South East Scotland City Region Deal.

Hugh is joined by Nicole Pyper in the newly created hybrid role of marketing and building manager. Nicole previously worked with Early Days Nurseries as Head of Marketing and Communications for the group. She has a wealth of marketing knowledge and has been brought on to drive brand awareness and enhance client liaison.